In May 2017, Seoul Transportation Corporation initiated integration of Seoul Metro with Seoul Metropolitan Rapid Transit Corp. Together, they operate eight subway lines and serve 2.1 billion riders annually, the highest ridership in the world over a system that is third-largest globally in the length of service routes (300 kilometers), and fourth-largest in the number of urban stations (277 stations).
STraffic was chosen to provide and maintain an automated fare system (AFC) that supports all fare transaction processing, including settlement among different entities in Seoul Transportation Corporation’s integrated service network.

STraffic faced several challenges in this project, not the least of which was integrating modern AFC technology into multiple different faregate designs that were implemented since initial system implementation in 2004. Another concern was developing a technical solution that allowed for better management of the new AFC system, including the support of an operational structure that would separate collection and settlement functions in a manner that ensured transparency and accountability, yet was efficient and practical. The legacy central system also lacked transaction processing and storage capacity, which often resulted in the loss of critical data.
STraffic was able to design, build, and install Seoul Metro’s new, state of the art AFC system in a record 13 months. All 275 Seoul Metro stations received needed upgrades to faregates and other AFC infrastructure. New contactless card readers were installed that not only have improved processing performance, but are designed with user-friendly features that provide riders with farecard balance and error information through LCDs built into the terminals, and that facilitate on-site maintenance with intuitive design and easy access to internal faregate components.
The Aggregation System (SMS) solution integral to the central system architecture prevents loss of transaction data that could result in errors in payment settlements made by the Seoul Transportation Corporation.

The central system is configured to process more than 10 million daily payment transactions and can reflect changes in Seoul's fare policy immediately reflected at all contactless terminals on faregates through an at the site based on the real-time communications network. Now the central system is capable of storing fare payment transactions in an integrated database for one year. The database also supports Big Data analytics applications that support an integrated, real-time Maintenance Management System, as well as ad hoc business analysis of system performance.
Beginning with system acceptance on December 8, 2017, STraffic is also responsible for ongoing maintenance and management of the AFC system’s software solution under a 10-year agreement. A new entity, Seoul New Transportation Card, was formed in order to execute this part of STraffic’s business relationship with Seoul Metro.
A critical tool that STraffic designed and implemented to support its extended maintenance responsibilities was its real-time operations monitoring system. This system was installed as a feature in the central system in order to support systemwide operational monitoring and control, as well as to ensure direct real-time monitoring, reporting, and communication to ensure that safety and reliability of AFC operations. A key feature was a state-of-the-art command center, with dashboard monitoring of key performance elements of AFC equipment and systems. Control center personnel can not only view system performance at a glance on the dashboard but can independently drill down at their workstations to investigate further and take necessary steps to address any issues. This capability has led to better AFC system performance, control over potential fare evasion, and safer, more efficient access to transportation services. 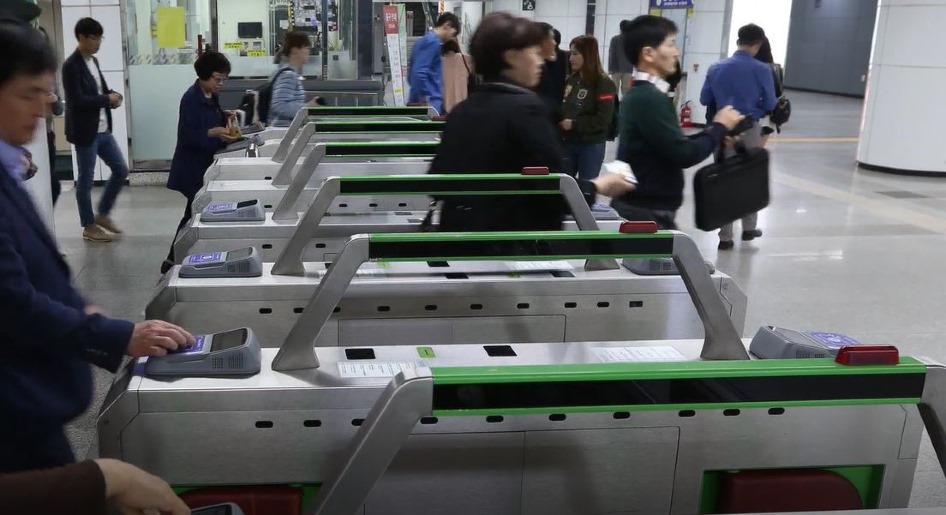